RDF triplestores have become an appealing option for storing and publishing humanities data, but available technologies for querying this data have drawbacks that make them unsuitable for many applications. Gravsearch (Virtual Graph Search), a SPARQL transformer developed as part of a web-based API, is designed to support complex searches that are desirable in humanities research, while avoiding these disadvantages. It does this by introducing server software that mediates between the client and the triplestore, transforming an input SPARQL query into one or more queries executed by the triplestore. This design suggests a practical way to go beyond some limitations of the ways that RDF data has generally been made available.

In the scholastic fallacy, the researcher explains the actions of people in non-scholarly situations by projecting scholarly thinking onto them. After introducing the concept and discussing a recent example from Islamic studies, I suggest that certain social structures may make this error more likely. Focusing on the case of research in Egypt, I argue that degree programs are not designed to enable students to learn Arabic as a second language well enough to do research that involves talking with people there. Egyptian state institutions also restrict both ethnographic and archival research. These obstacles are likely to deter research on ordinary social practices, on vernacular cultural production, and on archival materials, and to favor research on canonical texts. Moreover, in a field such as Islamic studies, in which researchers can produce work that responds to the demands of non-specialist audiences, students may be tempted to overgeneralize from these texts, e.g. by relying on them to draw conclusions about Islam in general. I suggest ways for universities and faculty to help students avoid these pitfalls.

This chapter surveys the career of the Egyptian filmmaker Yousry Nasrallah (born 1952). Through an analysis of the eight feature-length films he directed between 1988 and 2012, it considers the relationships between his social background and biography, his pursuit of autonomy from the economic interests of mainstream film production, and the ways his films challenge social norms.

Qualities that can make activism possible under an authoritarian regime can become disadvantages when restrictions on the political field are eased. Under the Mubarak regime in Egypt, the March 9 Group for University Autonomy, a small group of academics, campaigned against the interference of the state security apparatus and the ruling party in academic affairs and campus life. This article suggests that the group’s survival in that context, and its ability to organize successful campaigns within certain limits, depended on the involvement of highly accomplished academics, some of whom are well-known outside academia, on its practice of a particular type of participatory democracy, and on its focus on institutional autonomy from the state. All these assets became liabilities following the revolutionary uprising of January 2011, and the group has to a large extent demobilized as a result.

This thesis considers the effects of nationalism on the autonomy of intellectuals in Egypt. I argue that nationalism limits intellectuals’ ability to challenge social hierarchies, political authority and economic inequality, and that it has been more readily used to legitimise new forms of domination in competition with old ones. I analyse similarities between religion and nationalism, using the sociological theory of Pierre Bourdieu together with cognitive linguistics. Focusing mainly on the similarities between priests and nationalist intellectuals, and secondarily between prophets and charismatic nationalist political leaders, I show that nationalism and religion are based on relatively similar concepts, which lend themselves to similar strategies for gaining credibility, recognition and moral authority. I present case studies of a few nationalist intellectuals, focusing on ones who advocated views that later became dominant. The translator and teacher Rifa‘a Rafi‘ al-Tahtawi, who was trained as a religious scholar before studying secular subjects in France, brought nationalism to Egypt by blending European nationalist concepts with centuries-old concepts from Islamic religious and literary traditions. In the early 20th century, the nationalism of intellectuals such as Muhammad Husayn Haykal enabled them to compete with men of religion for prestige and political influence, and also served particular class and professional interests. Tawfiq al-Hakim’s concept of the charismatic national leader influenced the young Gamal Abdel Nasser, who became a successful nationalist prophet and military autocrat. Ihsan ‘Abd al-Quddus articulated the concept of the nationalist martyr, who dies for his country; this concept also contributed to Nasser’s charisma. Both al-Hakim and al-Quddus arguably lost autonomy under Nasser’s regime. Al-Hakim was unable to criticise the regime until after Nasser’s death. Al-Quddus was imprisoned and tortured for advocating democracy, then became one of the most fervent supporters of Nasser’s autocracy.

Similarities between religion and nationalism are well known but not well understood. They canbe explained by drawing on Pierre Bourdieu’s sociological theory in order to consider symbolic interests and the strategies employed to advance them. In both religion and nationalism, the “strategy of the prophets” relies on charisma while the “strategy of the priests” relies on cultural capital. In 20th-century Egypt, nationalism permitted intellectuals whose cultural capital was mainly secular, such as Naguib Mahfouz, to become “priests of the nation” in order to compete with the ʿulamaʾ for prestige and influence. However, it severely limited their autonomy, particularly after Nasser took power and became a successful nationalist prophet. Mahfouz’s novel Al-Karnak, which explores the fate of the Nasser regime’s political prisoners and the effects of Egypt’s 1967 military defeat, reflects this limitation. Under a nationalist regime, the film adaptation of the novel contributed to Mahfouz’s heteronomy. 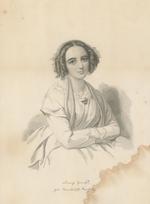