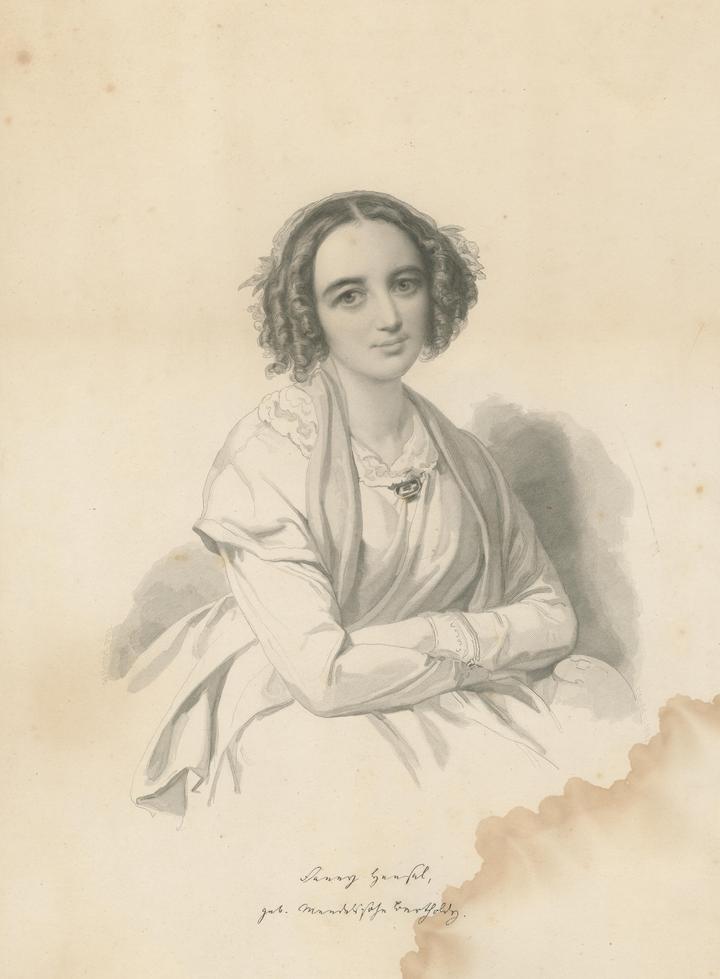 In 1841, Fanny Hensel (1805–1847) wrote Das Jahr (The Year), a large-scale piano cycle with a movement for each month of the year. She published “September” in 1846 as part of her Op. 2, but Das Jahr was first published in its entirety in 1989. Subsequently, a magnificent revised autograph manuscript was discovered, in which each movement is copied on paper of a different colour, illustrated with a drawing by Hensel’s husband Wilhelm, and preceded by a poetic epigram. Here’s the first page of “September”: 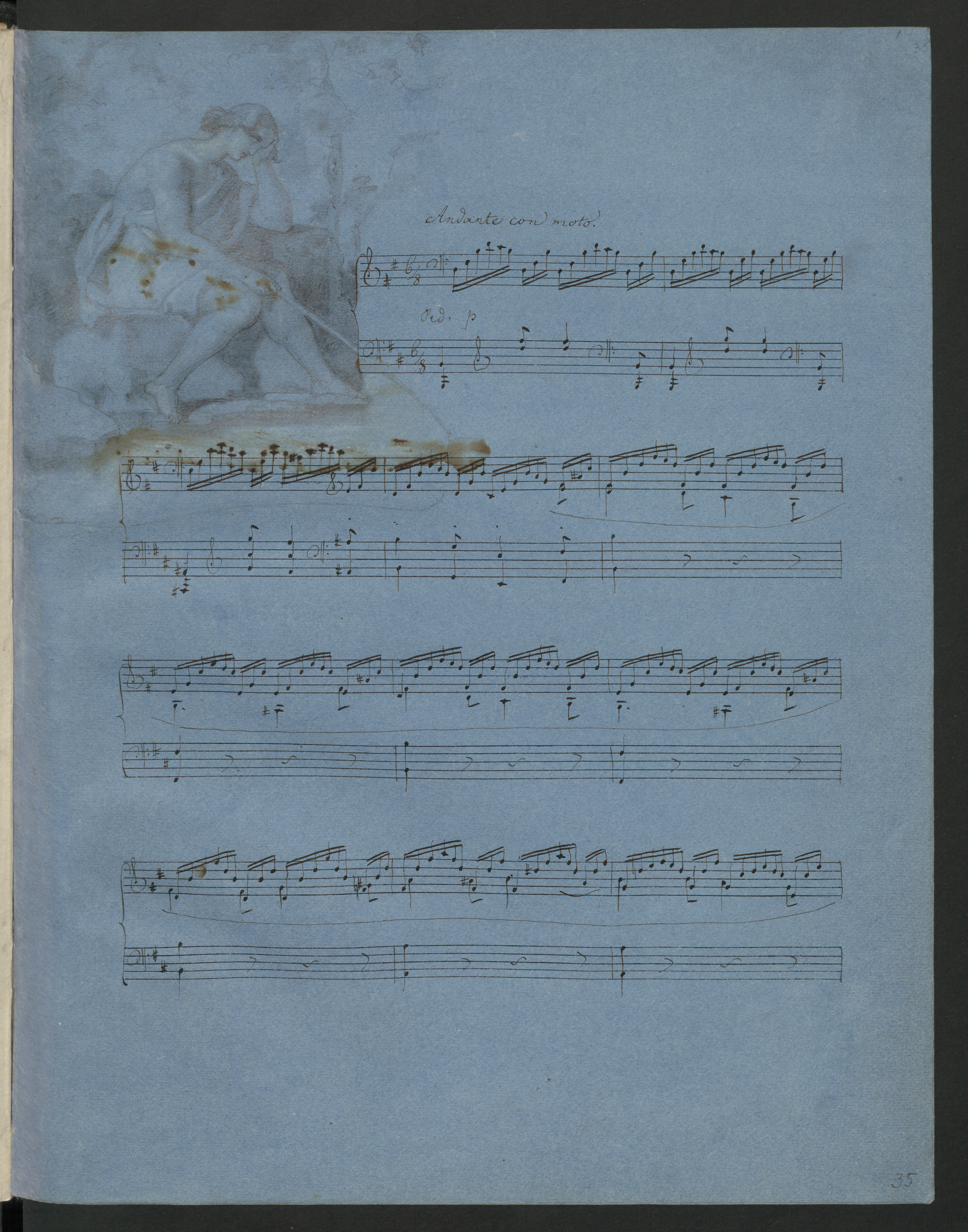 Considering the music, poetry, and illustrations together, Marion Wilson Kimber sees the work as depicting not simply the cycle of the year, but also the stages of an individual’s life.1

The epigram for “September” is from Goethe’s poem An den Mond (To the Moon):

Flow, flow, dear river
Never will I be happy.

There are countless interpretations of the poem. For Tobias Klein:

The retreat into nature and especially into the solitude of the night is presented as consolation in the face of the disappointments and frustrations to which the individual is exposed in society…. The river appears in this context as a symbol of change and transience, as well as of ambivalence, as it can be both destructive … and invigorating….2

The piece displays “an artful application of the three-hand technique”, “in which a melody played by the thumbs in the middle register of the piano was surrounded by material assigned to the other fingers above and below, to create the illusion of three hands at the keyboard”.3 The harpist Elias Parish-Alvars (1808–1849) invented this technique, the pianist Sigismund Thalberg (1812–1871) transferred it to the piano,4 and it became widely used in the 1830s. In “September”, the upper voice seems to suggest the flowing water of the river.

The movement’s ingenious harmonic development5 is an example of how Hensel’s work anticipated the avant-garde of the second half of the 19th century.6